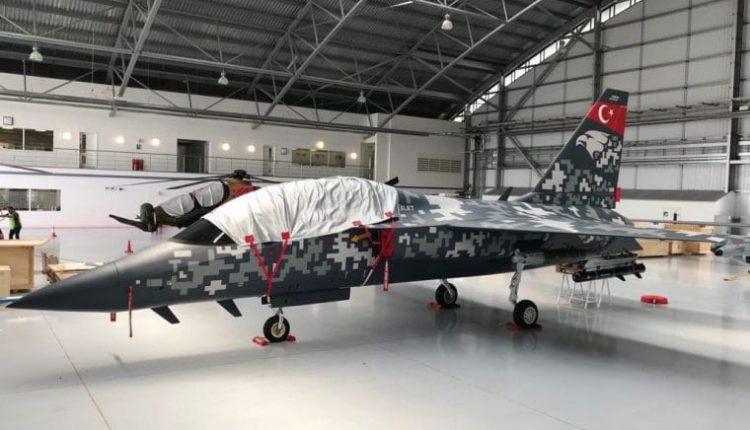 National and Domestic fighters of the Turkish Armed Forces are about to take off very soon. Hürjet aircrafts are developed to replace Northrop T-38 Talon aircrafts in service and are expected to be airborne on 2020. First prototype of Hürjet is introduced in London Aviation Fair and this aircraft is being manufactured by Turkish Aircraft Industries Corporation (TAI).

Hürjet project is highly important for Turkish Air Forces since all aircrafts in the force are made by US companies and Hürjet is aiming to replace US made aircrafts with domestic technology and can be used for both training and defense purposes.

Although some hardware components are imported from foreign countries at the moment, it is highly possible for Hürjet to be a fully national and domestic project very soon based on the recent developments in Turkish Defense Industry.

As a well known fact, electronic hardware of Military Aircrafts manufactured by foreign companies, are almost impossible to be replaced. There has been a significant discussion about engagement protocols of F-16 aircrafts and an effort to change software with national technology. Although TAI successfully upgraded F-16 software nationally, hardware upgrades still lean on other countries capabilities.

As part of decreasing and finalizing efforts for foreign source-dependency in Turkish National Security, Hürjet will be a National and Domestic fighter with all Turkish hardware and software. Military equipment built with all national technology and protocols can be operated on without depending on foreign powers.

Faster than sound, Strong as a Tank

During development process of Hürjet, all aircrafts of the same class examined carefully, and a more powerful and sustainable model without the identified weaknesses has been created. Light ordnance needs for these supersonic and highly maneuverable aircrafts will be provided by Roketsan.

Roketsan made record-breaking rockets will be carried by Hürjet and high hit ratio will be achieved thanks to the high technology electronic hardware.